SHARJAH: Young Pakistani middle order batsman Babar Azam has broken several records in the beginning of his career. He is just 242 runs away from reaching the 2,000-run mark in record time.

The Lahore-born maestro can break South African batsman Hashim Amla’s record by reaching to 2,000 runs within less than 40 innings. Azam is currently standing on a pile of 1758 runs which he scored in less than two years. Having played 36 matches, Azam has scored 7 tons and 7 half-centuries with an average of 58.60.

He is one of the few Pakistani batsmen to play in the eleven with a strike rate of over 80. He only needs to score 242 runs in four innings to break Amla’s record of reaching the 2000-run milestone in 40 innings. Since Pakistan has no scheduled ODIs in 2017, the 23-year-old batsman will have to wait for the tour to New Zealand in January, 2018, where the green shirts play 5 away ODIs. 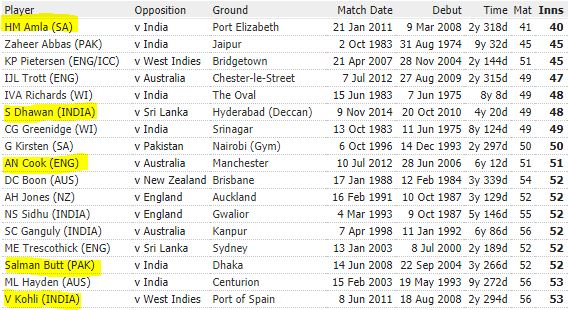