While many celebrities stunned in showstopping haute couture at the 2017 Met Gala, some sadly didn’t bring their A-game, like Madonna who opted for a strangely off-theme camo print gown and Karlie Kloss who bored in a predictable blazer dress. Here are some of the celebs who failed at the art of dressing up:

While Katy Perry must have topped the charts in terms of music but she desperately failed at the Met Gala red carpet. Katy Perry lead the way for the worst-dressed this year. She went over the top with a bizzare headpiece, ugly looking springs and mirrors as well as the word ‘witness’ embroidered over the veil.

Madonna not only showed up in a camouflage-printed Moschino gown, but also dragged along a camo net as a boa. The bizarre look featured chain detailing throughout as well as she had a survival flask strapped to her outfit. She should have mistaken a red carpet event for a combat training ground. 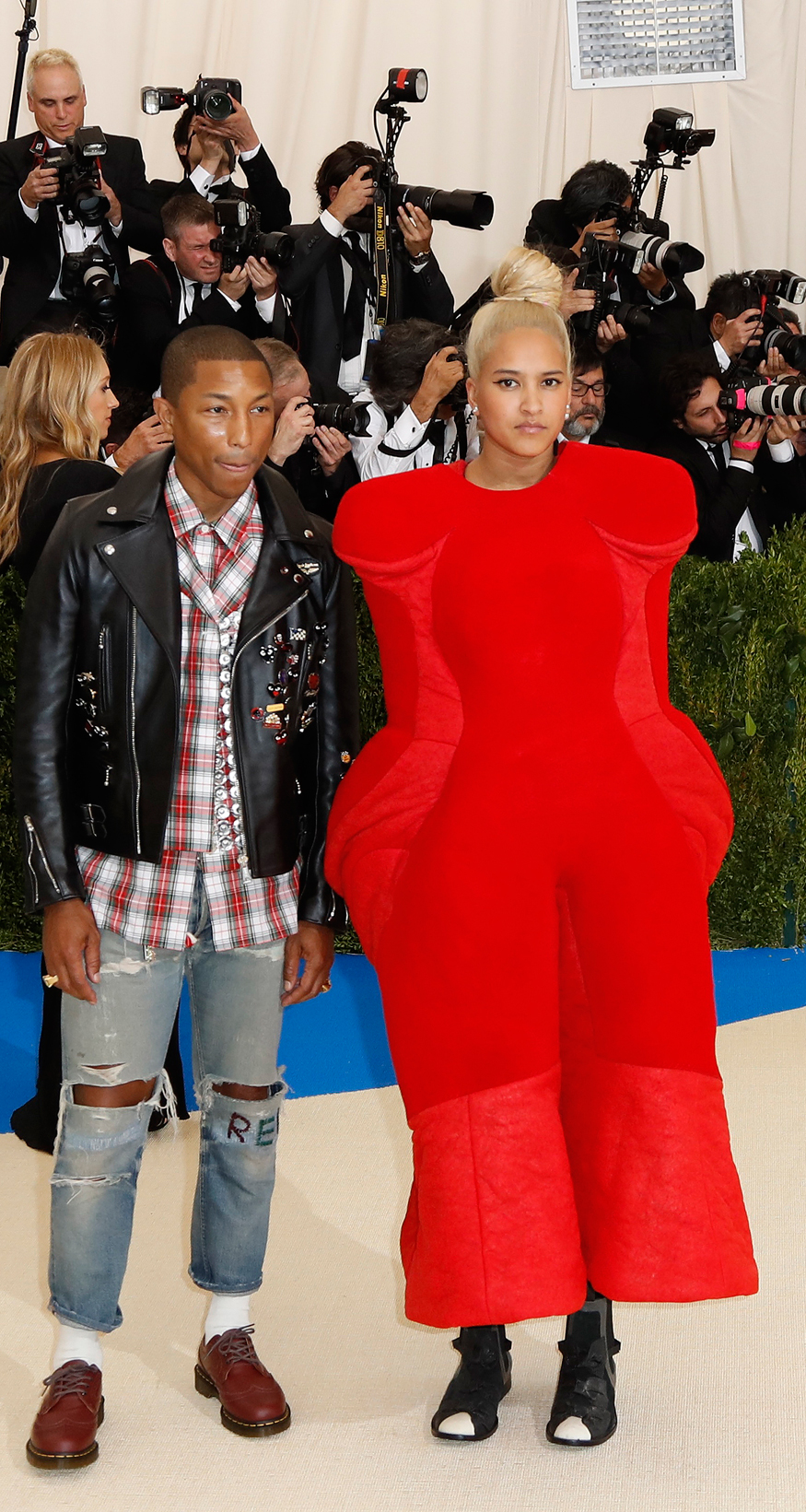 Pharrell Williams and his wife Helen Lasichanh totally missed the mark in their outfits. Helen wore a bizarre outfit that kept her arms restrained inside the dress. It didn’t take long for social media to compare Helen’s Commes des Garcons look to the Kool-Aid Man. 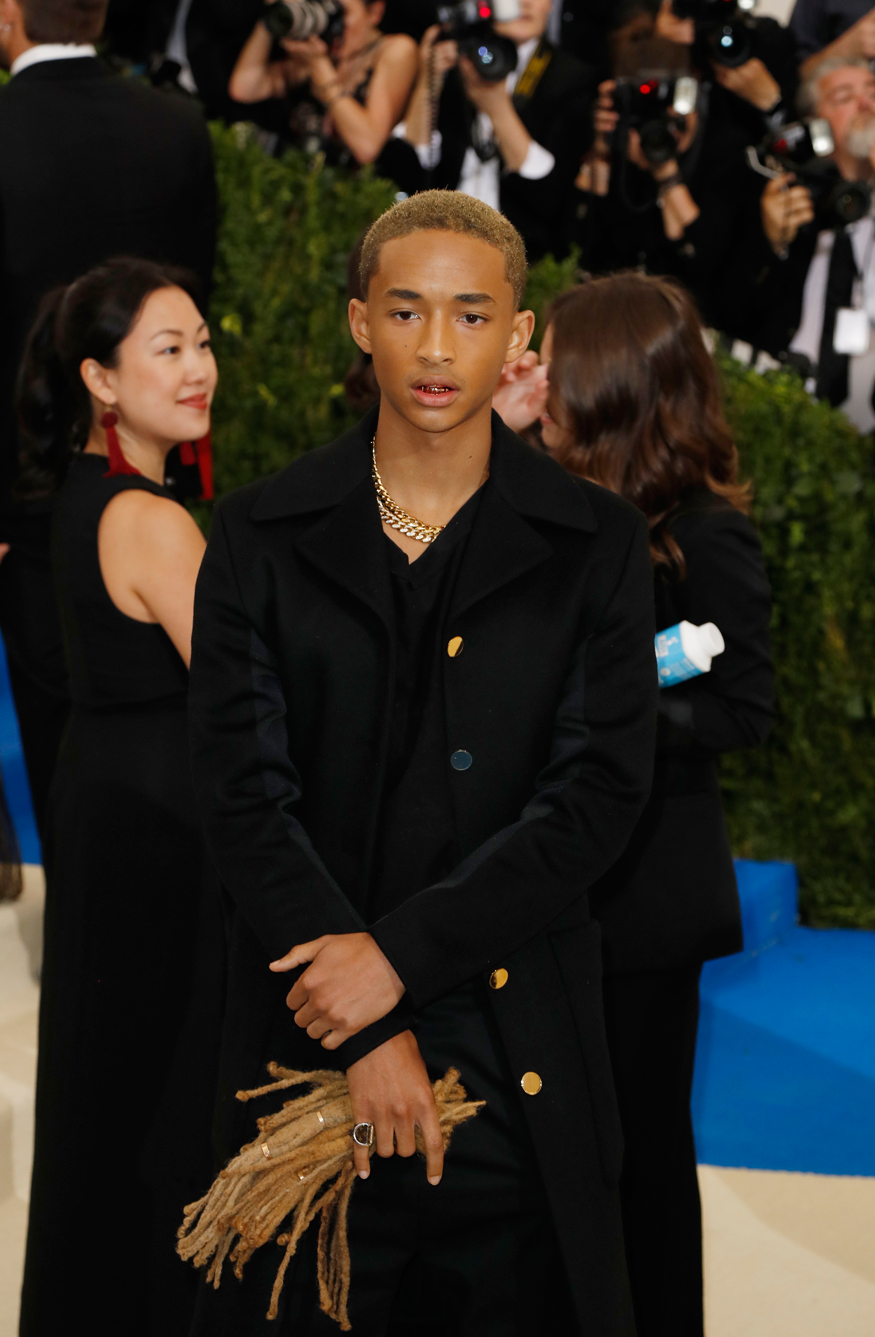 Looks like Jaden Smith’s style rules come from another dimension. Jaden showed up to the 2017 Met Gala with his own hair in his hands. The 18-year-old donned a sleek Louis Vuitton suit and heeled boots. He also accessorized with thick gold chains. But, his all-black ensemble failed to make a statement either way.

Kim K. recently told Ellen that she didn’t know if she could “ever wear real jewelry again,” and it looks like she’s sticking to her word with her minimal Met Gala look. But, her Vivienne Westwood nightgown-like dress missed the mark. The loose sleeves served as a further disappointment.

Model Grace Hartzel ran with the Met Gala theme and showed up with this avant garde killer cabaret look by Dior. Her face painted white with exaggerated lashes and pin-thin brows is nothing more than a bad dream. 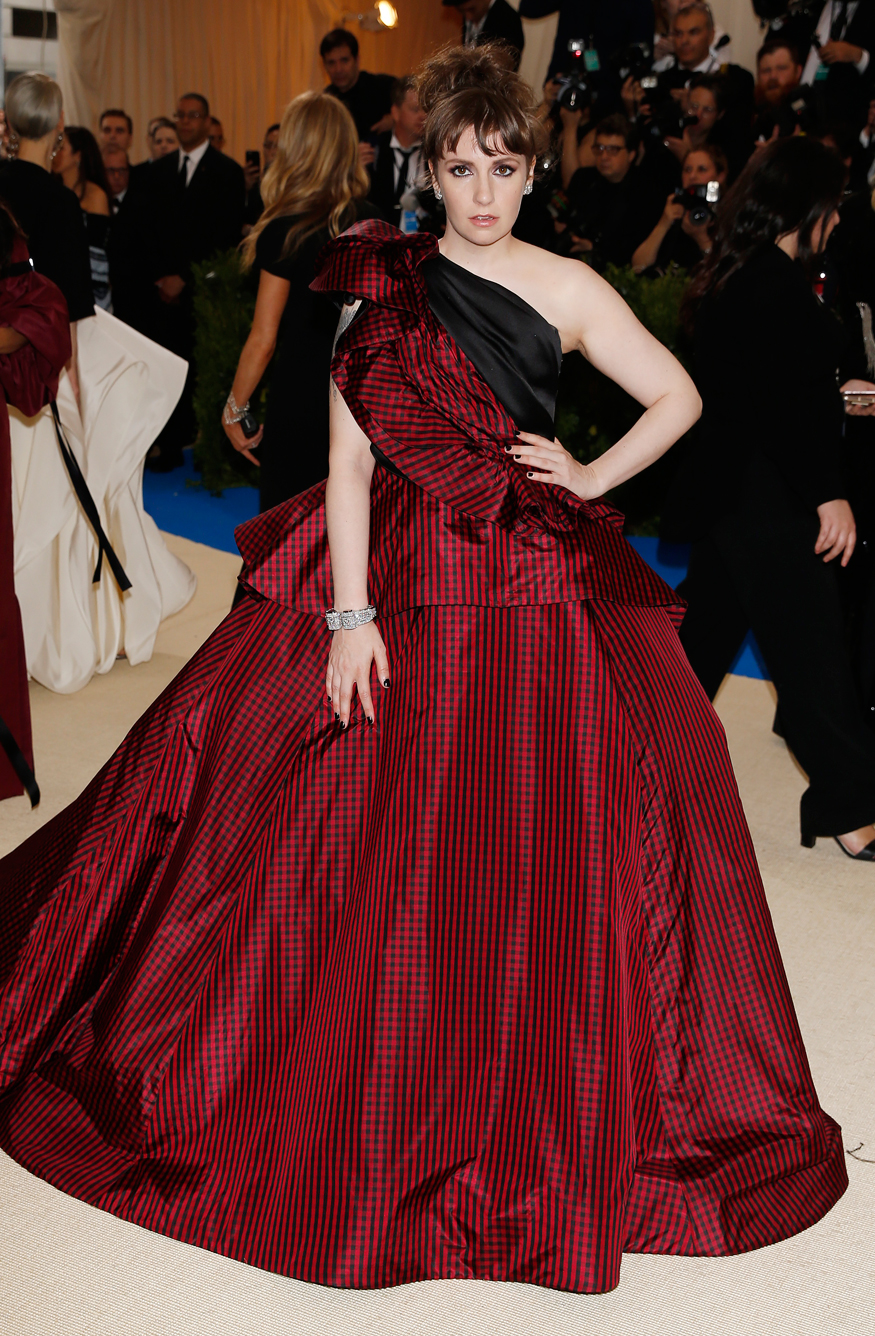 Lena Dunham opted not to show off her slimmer figure by wearing a giant gingham gown. The checkered gown made her look plus sized. This was her most cringe-worthy effort. 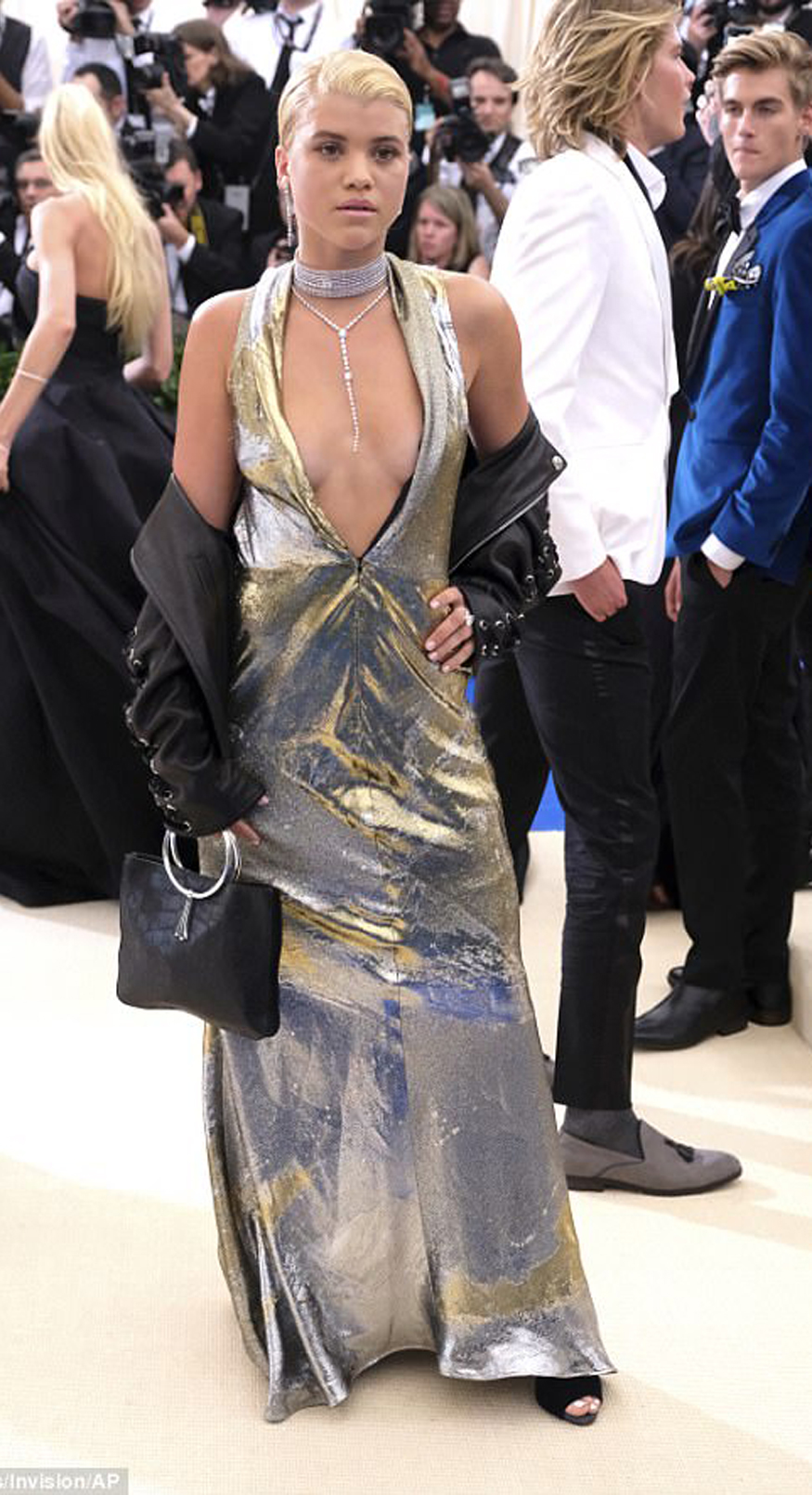 Sofia Richie looked tip to toe terrible at the Met Gala red carpet. She could have used an iron for her ill-fitting gold and silver gown. Her newly-bleached hair was slicked back that showed her genetically blessed face but her grunge-slash-glam look was a total disaster.

Previous US issues travel alert for Europe, citing threat of terrorist attacks
Next Windies respond after Ali ton, Misbah bowled out for 99