World-XI has defeated Pakistan in the 2nd T20 of the three-match series at Qaddafi Stadium after a hair-raising game. Pakistan scored 174 runs off their allotted overs for the loss of 6 wickets with the help of some good performances by Fakhar Zaman (21), Ahmed Shahzad (43), Babar Azam (45), Shoaib Malik (39) and Imad Wasim (15).

World-XI opened their innings in style as Tamim Iqbal and Hashim Amla took the total to 44 in just 5 overs. However, Tamim Iqbal s fall in the fifth over did slow the things down a bit as Tim Paine took some time to settle in. But Hashim Amla was brilliant throughout and even after losing Paine (10) at the total of 71, he continued hitting boundaries continually. He was joined by Faf du Plesis, who scored a handy 20 runs off 14 balls but as he was joined by Thisara Perera, the two were relentless till the end of the innings and remained undefeated. Amla scored 72 runs off 55 balls with 5 boundaries and 2 sixes while Perera, 47 off 19, took the game away from Pakistan, levelling the series 1-1.

The two teams will meet for the final time on Friday and with some outstanding performances from both sides, the game is certainly going to be stirring.

What s up with this India-teasing by the way?

And these spectators are making some noise right now.

Thou shalt not disagree!

Paul Collingwood is still the best fielder out of 22 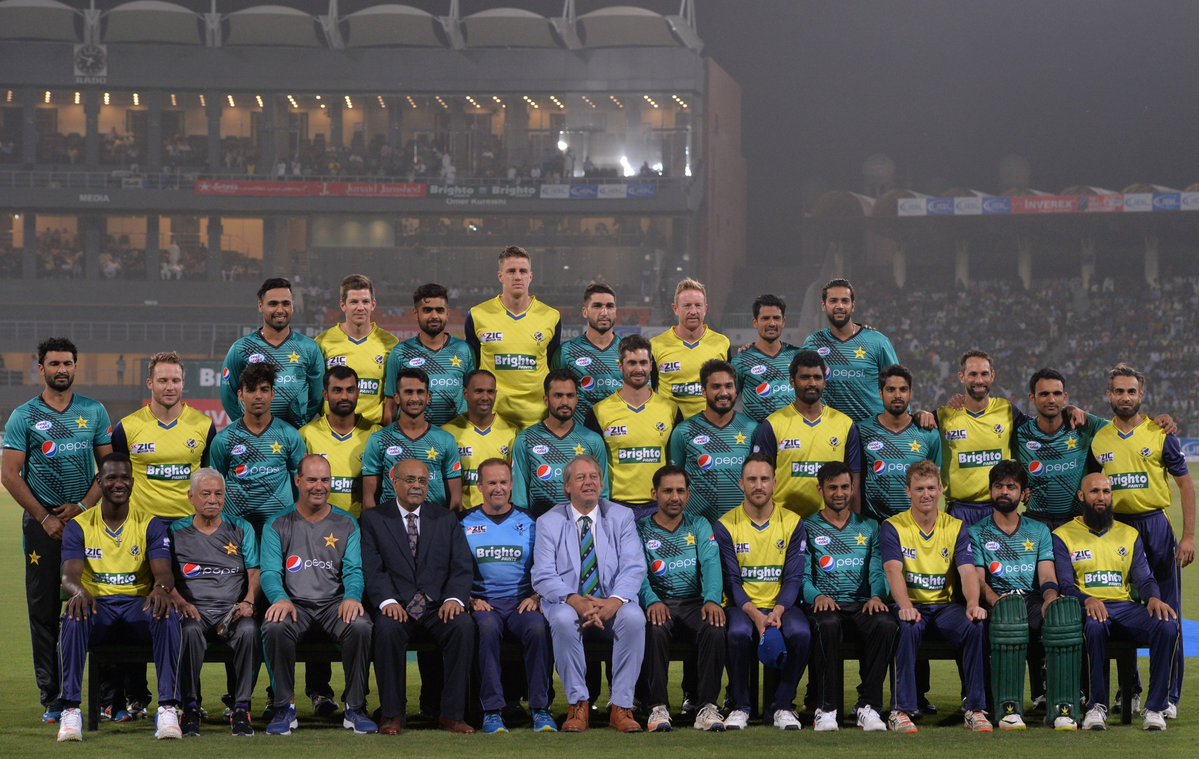 Pakistan and the World-XI for a photo together ahead of the game.