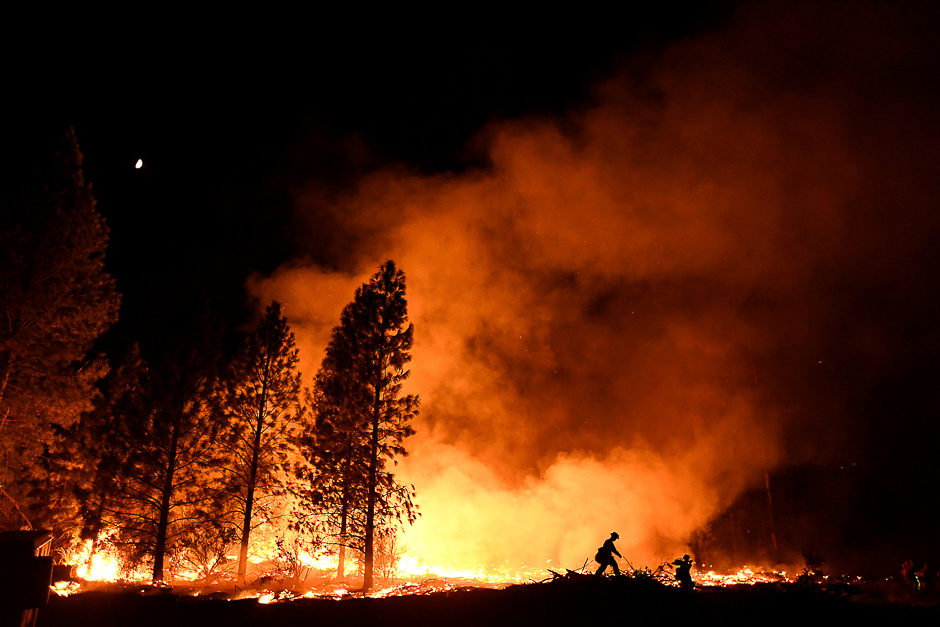 A firefighter battles the Ponderosa Fire east of Oroville, California, US. 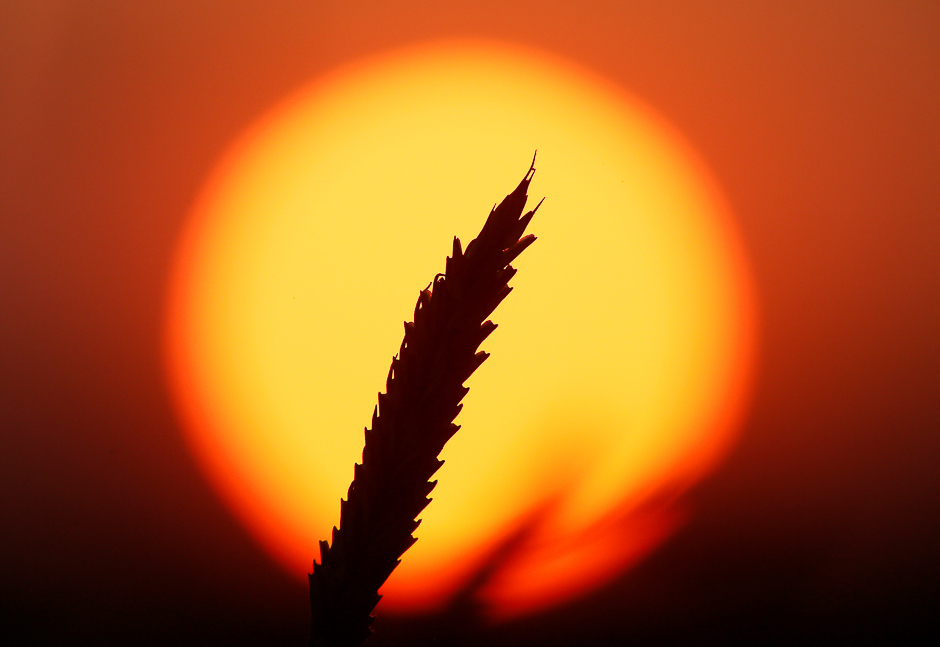 An ear of wheat is seen during sunset in a field outside the Siberian village of Legostaevo, in Krasnoyarsk region, Russia. 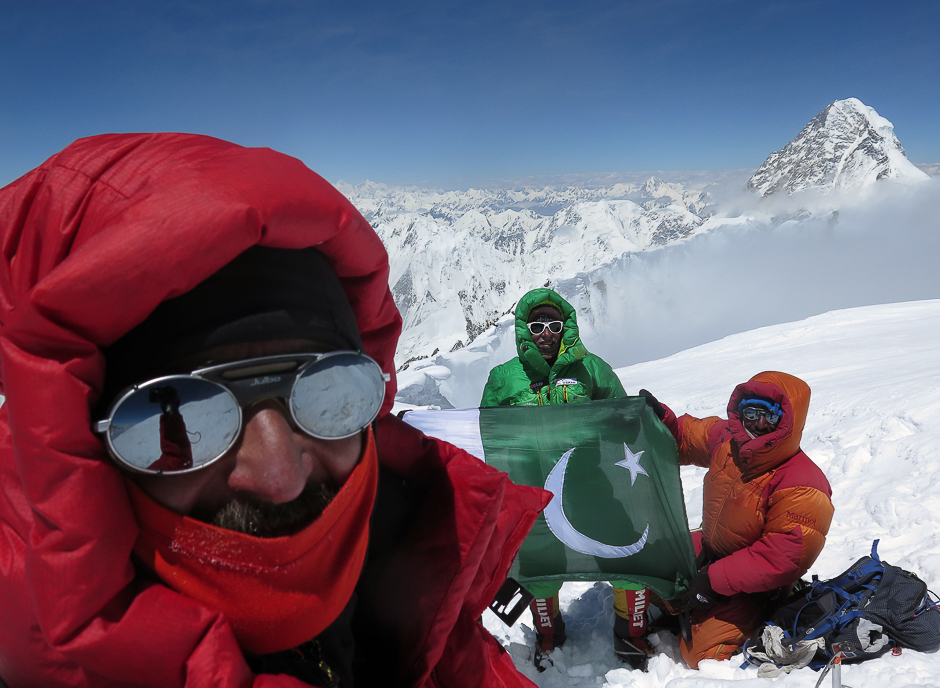 Veteran alpinist Oscar Cadiach (C) along with members of his team as they hoist the Pakistani flag on top of the 8,051-metre high Broad Peak in northern Pakistan’s Gilgit-Baltistan region. 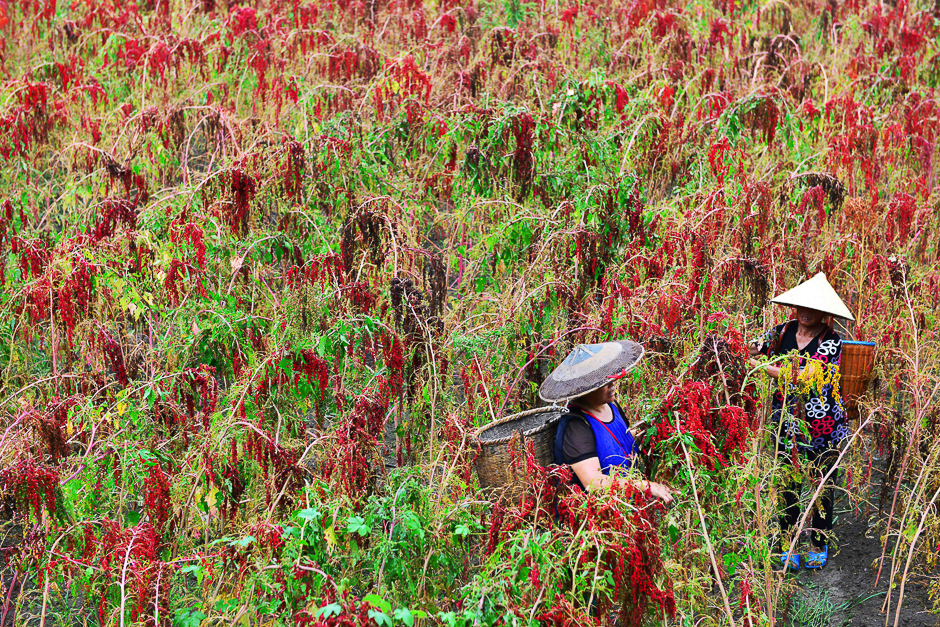 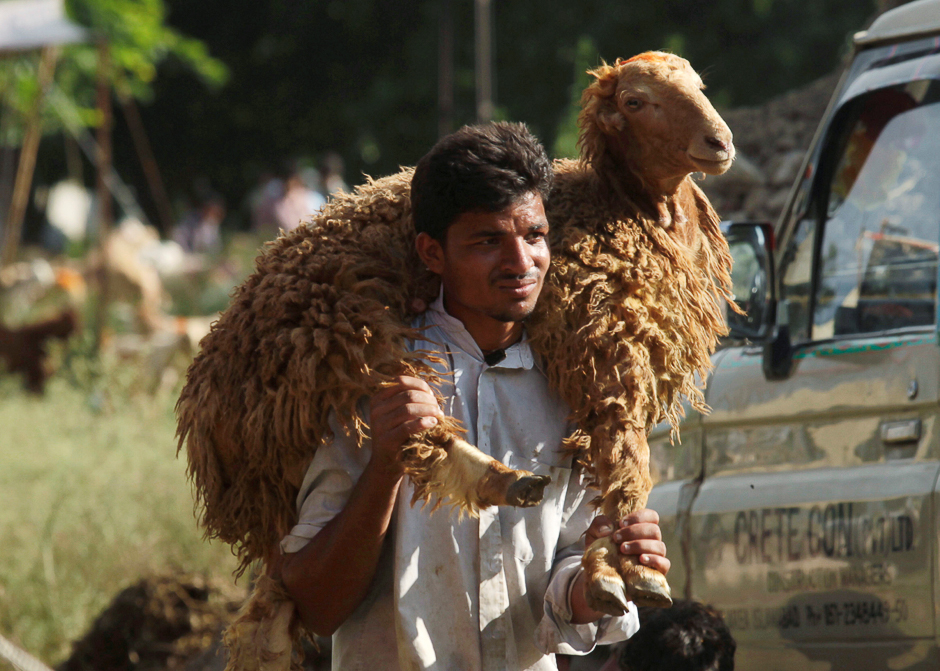 A man carries a sheep for sale at a livestock market ahead of the Eidul Azha in Islamabad, Pakistan. 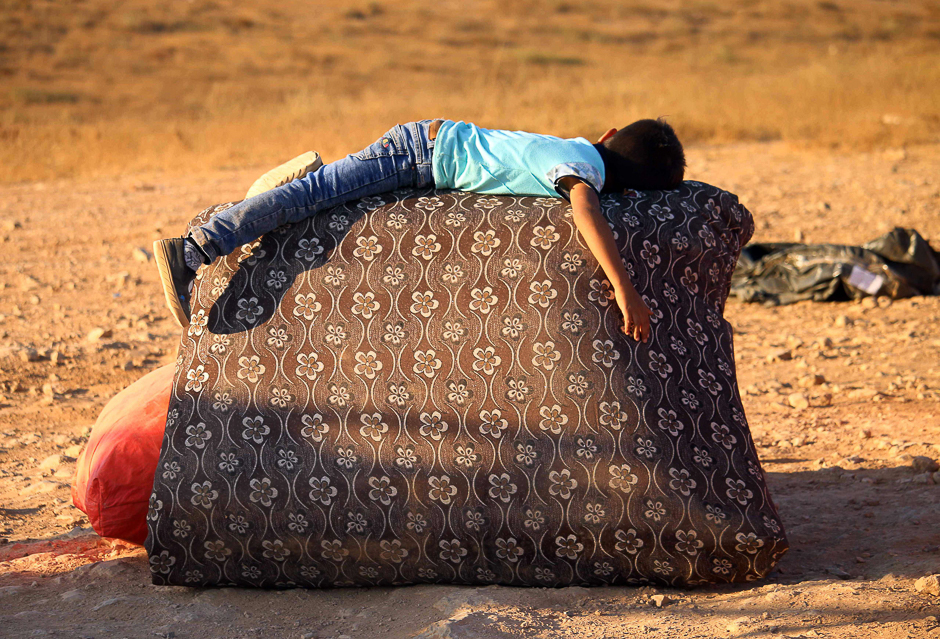 A Syrian refugee boy rests on the side of the road as he returns to Syria with his family in the southern province of Daraa. 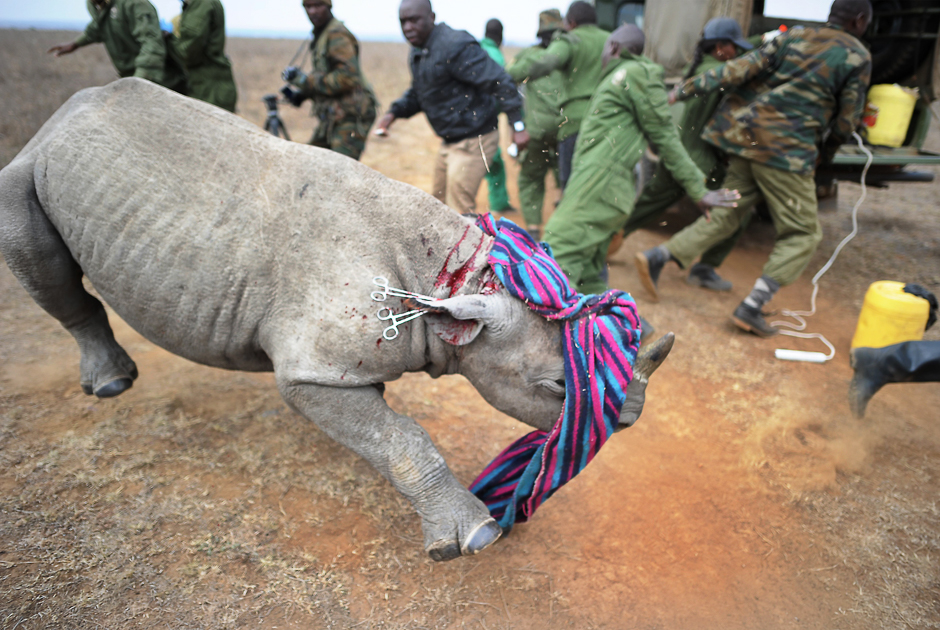 A Kenya Wildlife Services (KWS) veterinarian and security personnel back away from a tranquilised black-Rhino calf at the Nairobi National Park.

Revellers covered in tomato pulp participate in the annual “Tomatina” festival in the eastern town of Bunol. 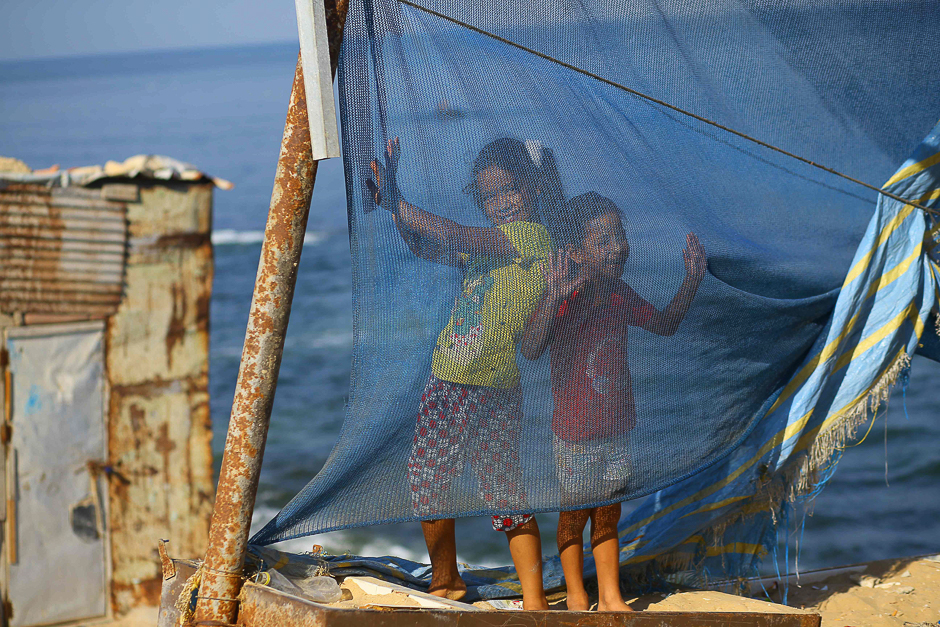 Palestinian girls play next to their homes in Gaza City. 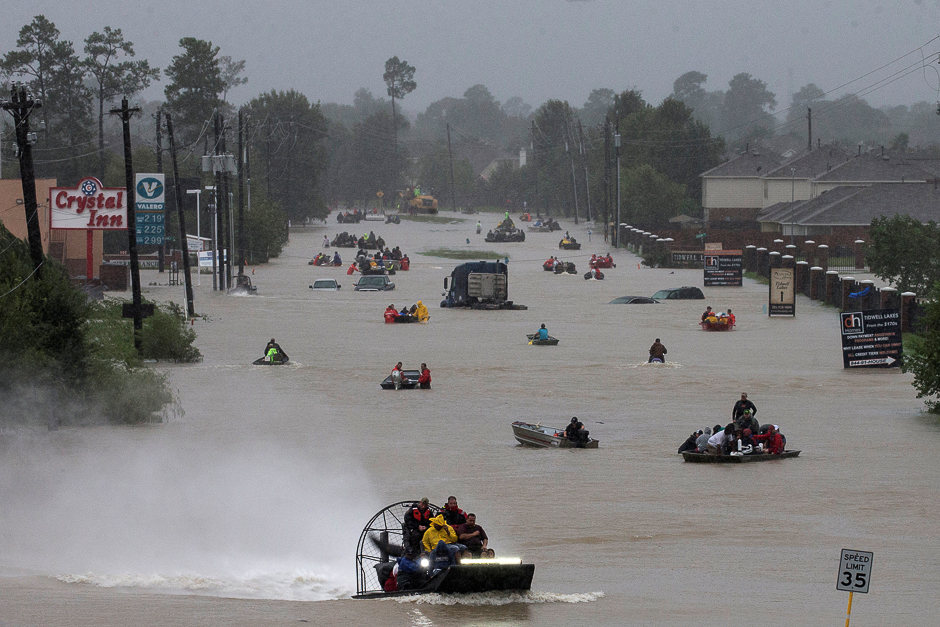 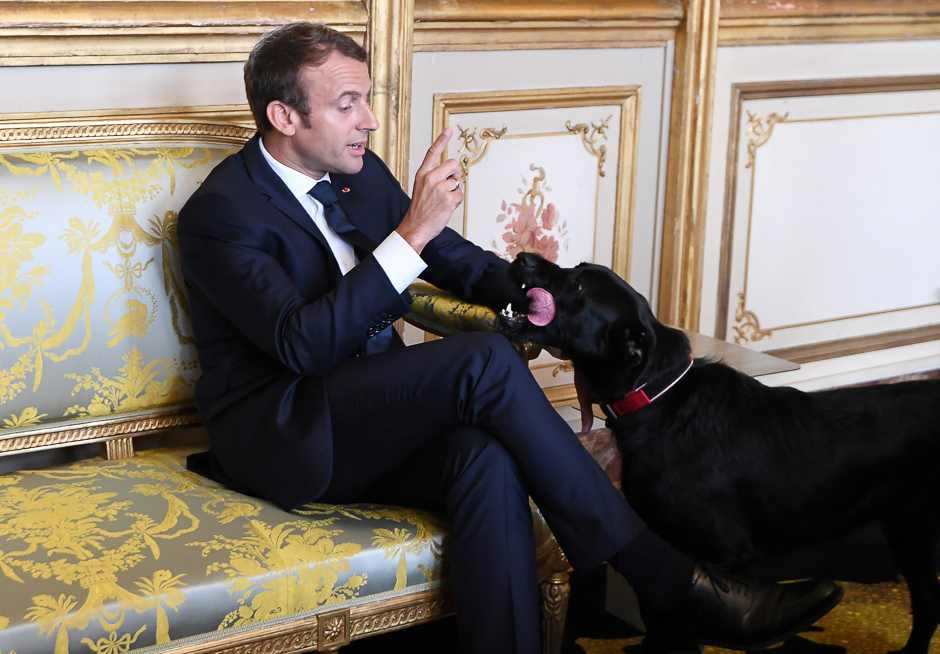 French president Emmanuel Macron gestures towards his dog Nemo during a meeting with German Vice Chancellor and German Foreign Minister at the Elysee Palace in Paris, France. 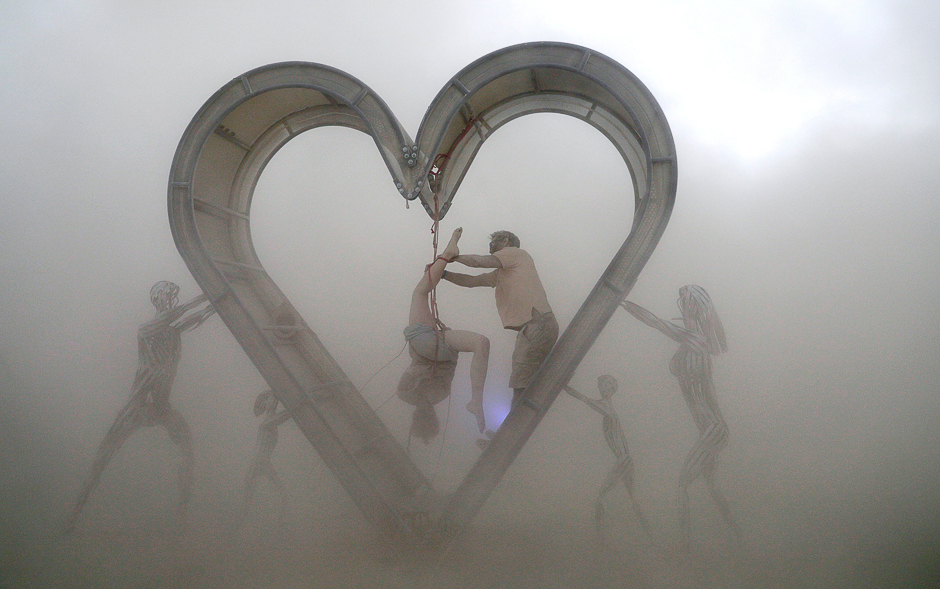 Burning Man participants perform a shibari rope scene during a driving desert dust storm on the 2nd day of the annual Burning Man arts and music festival in the Black Rock Desert of Nevada, US. 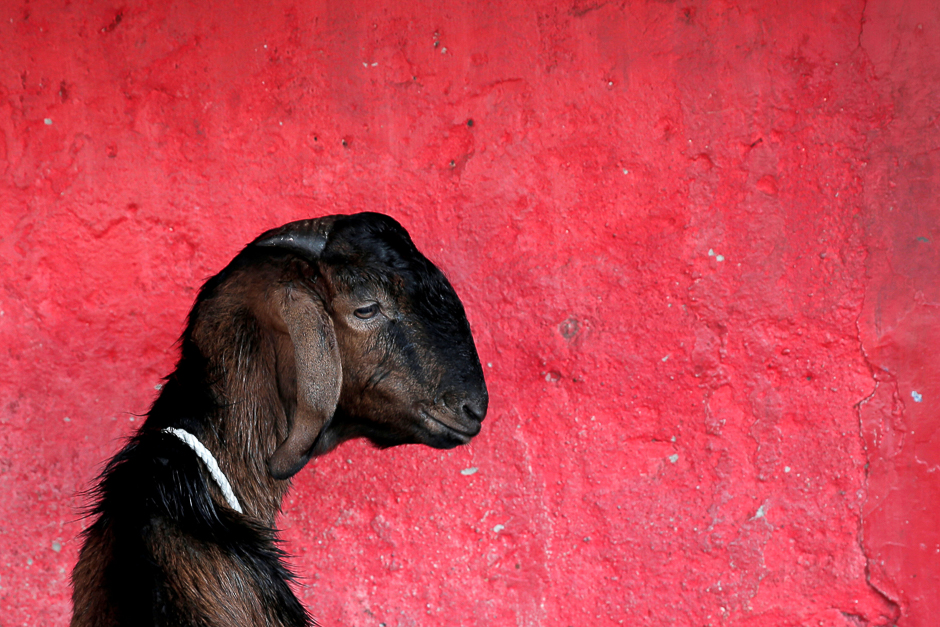 A goat for sale for Eidul Azha in Jakarta, Indonesia. 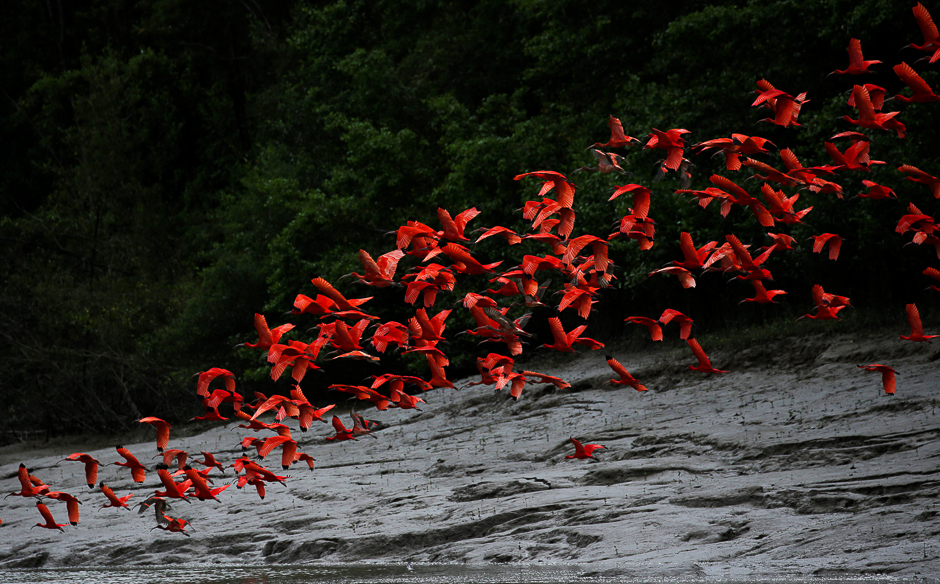 Scarlet ibis are pictured on the banks of a mangrove swamp located on the mouth of the Calcoene River where it joins the Atlantic Ocean on the coast of Amapa state, northern Brazil. 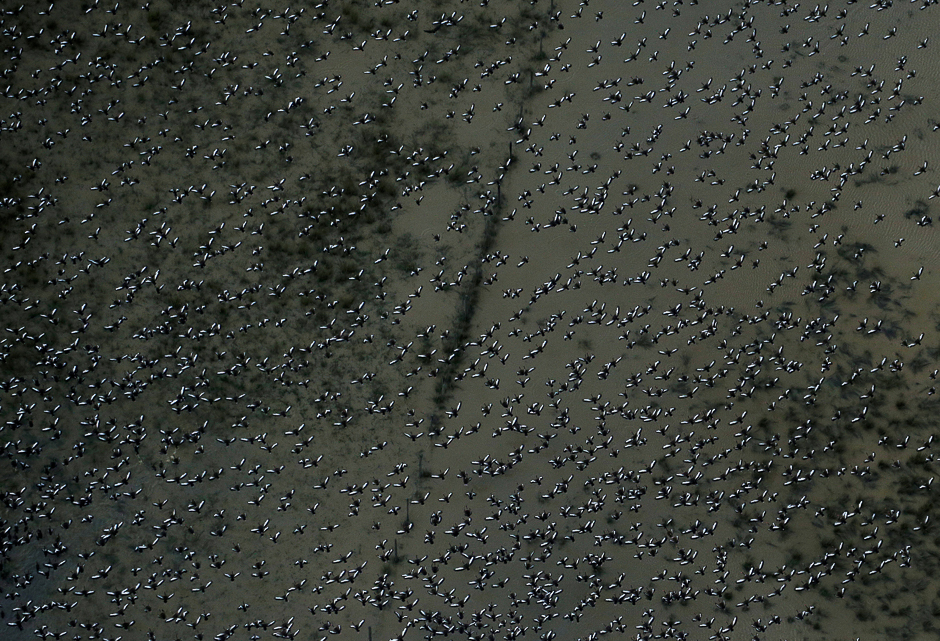 Birds fly over the mouth of the Araguari River on the coast of Amapa state, near Amapa city, northern Brazil. 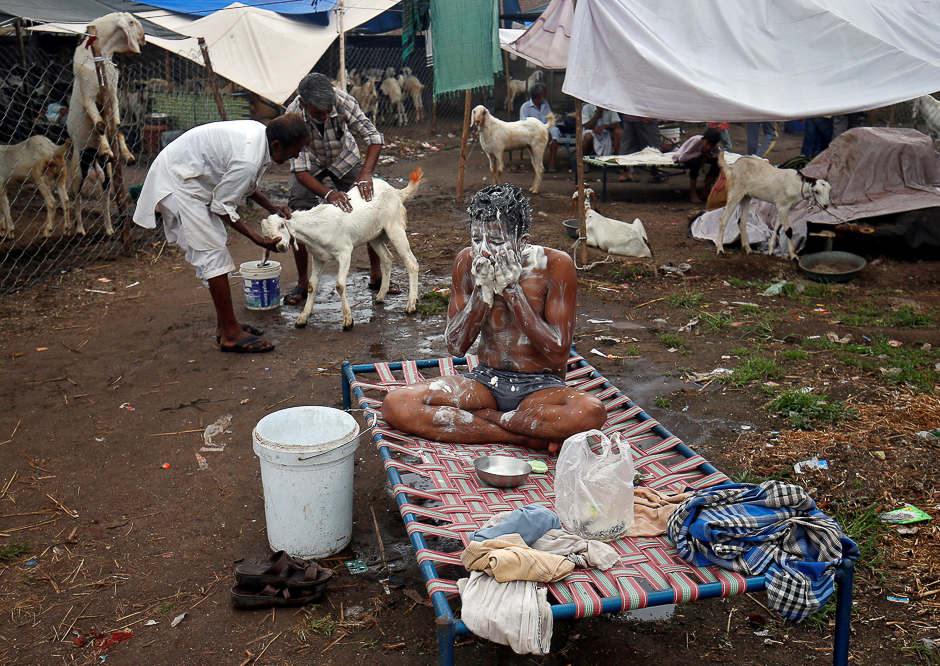 A trader bathes on a cot as a goat is washed at a livestock market ahead of the Eidul Azha festival in Ahmedabad, India. 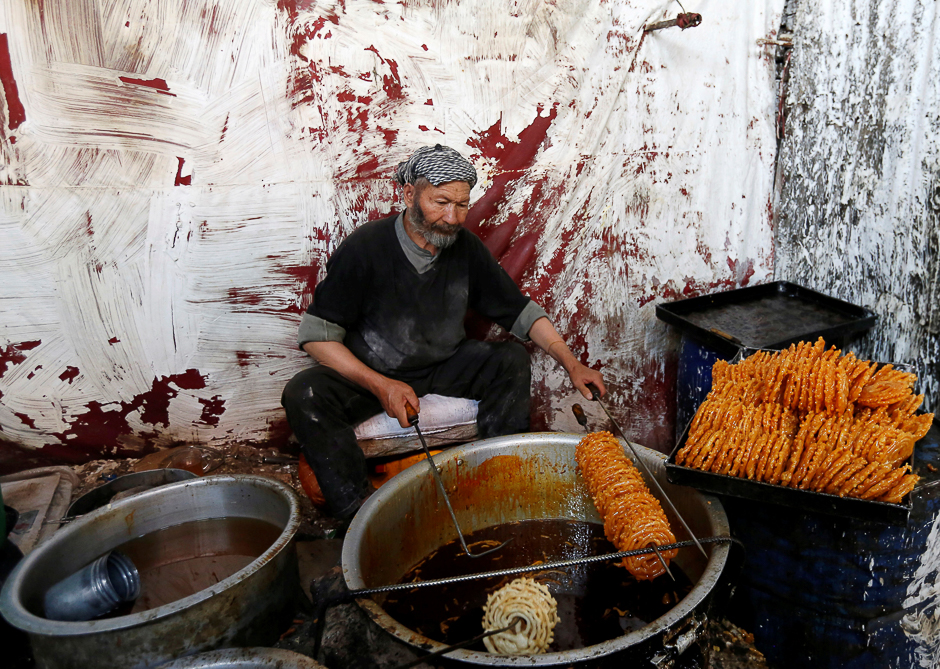 A man makes traditional Jelabi sweets at a small traditional factory ahead of the Eidul Azha in Kabul, Afghanistan. 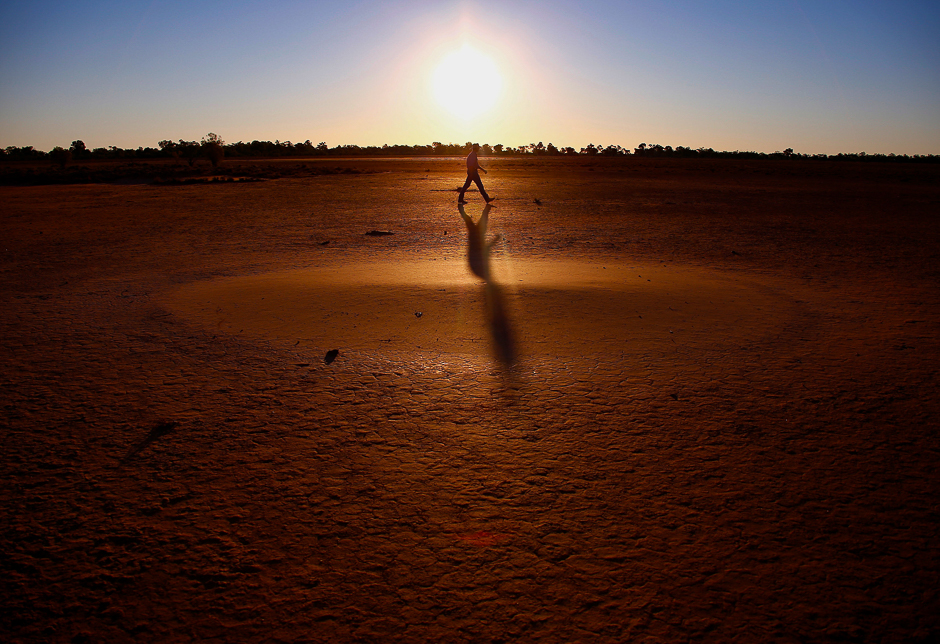 Farmer Tony Reid casts a shadow as he walks across a claypan while inspecting a paddock on Kahmoo Station property, located Cunnamulla, Australia. 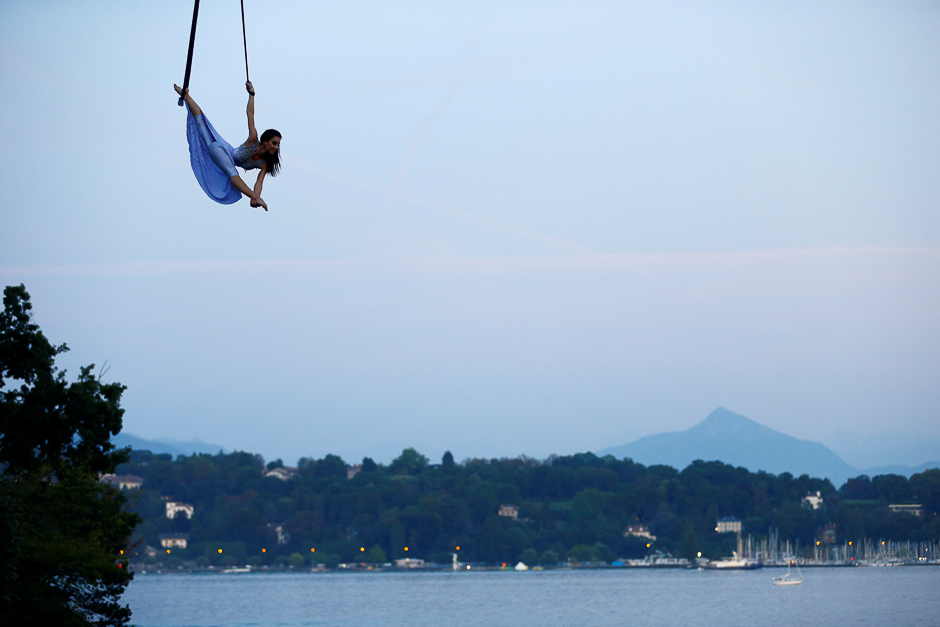 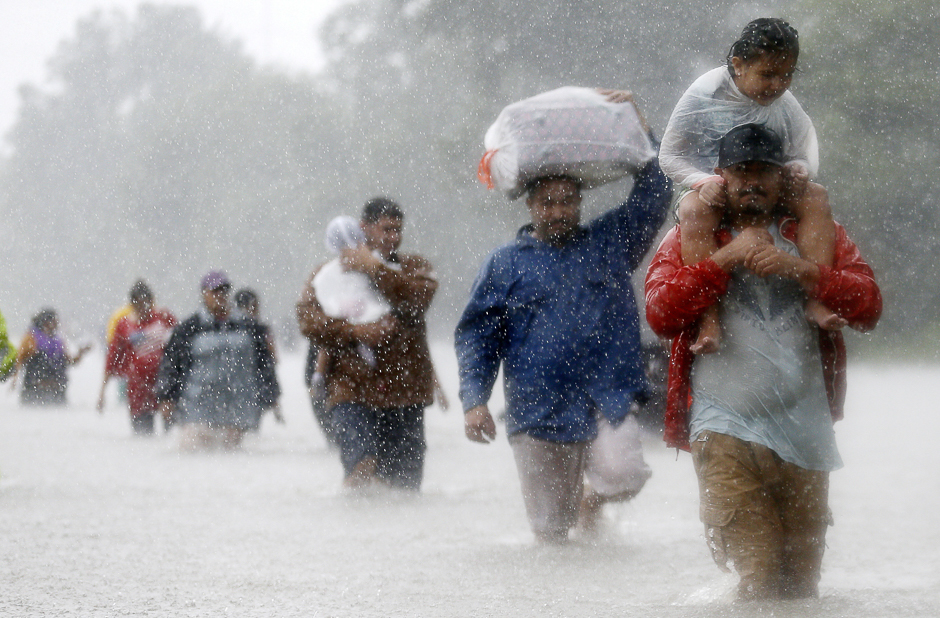 A man pedals his bike as he searches for discarded metal to sell to scrap dealers in Umlaas Road, South Africa. 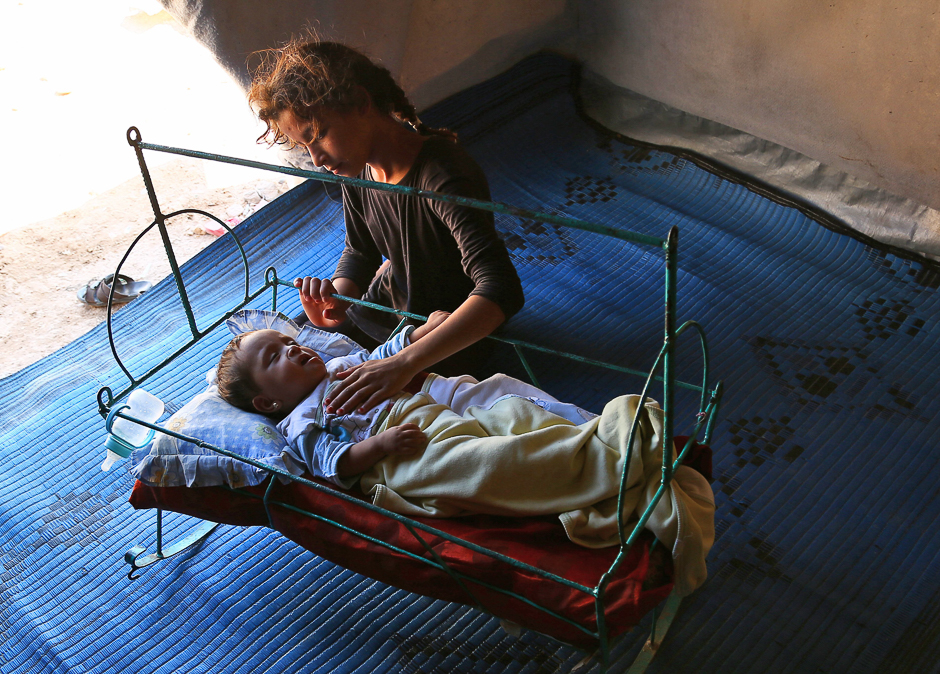 A Syrian girl cradles a newborn at a camp for displaced people in Shamarekh village, near the northern town of Azaz on the Syrian-Turkish border. 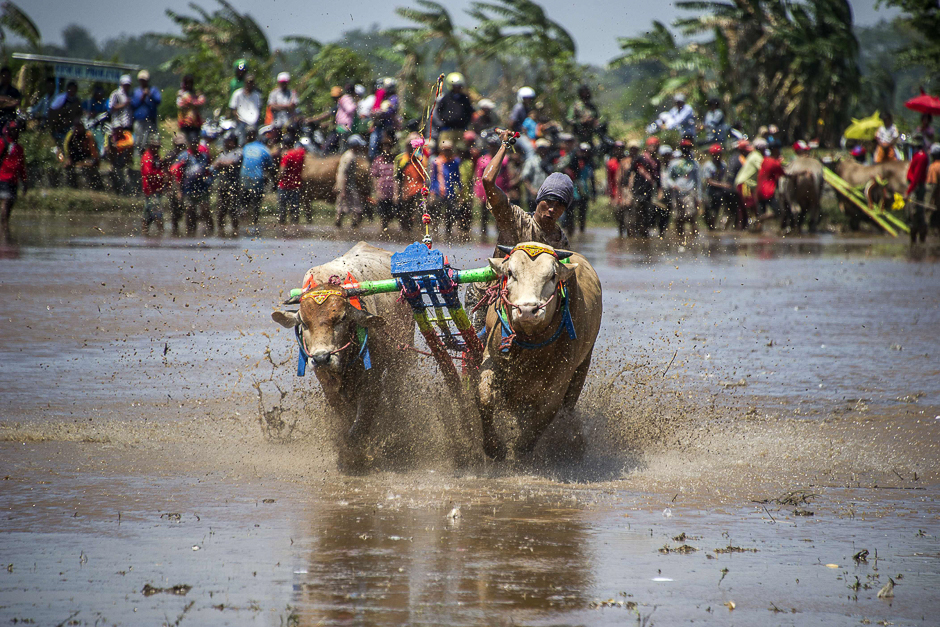 A participant holds onto his livestock as he takes part in a buffalo race in Probolinggo, East Java. 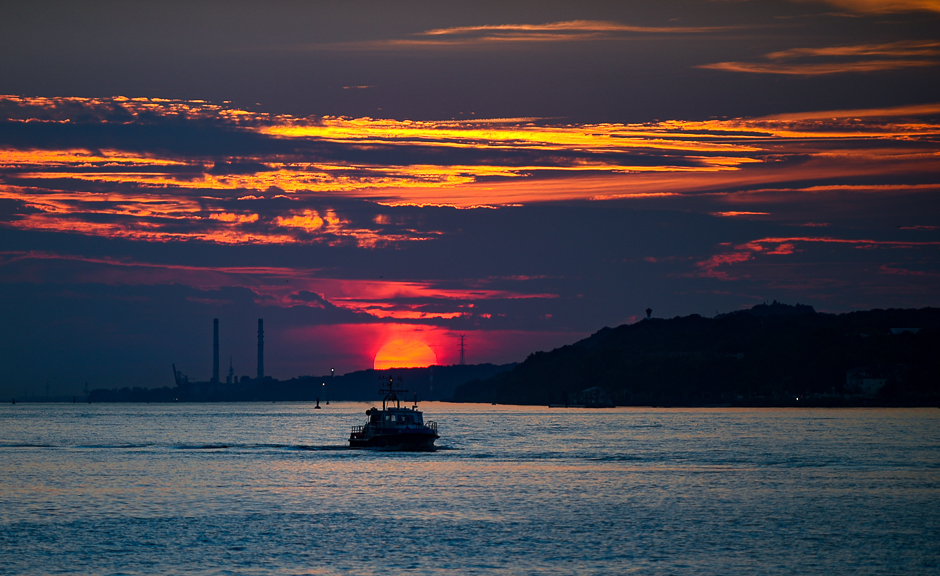 The sunset is pictured over the river Elbe in Hamburg, northern Germany.

Previous Gigi and Zayn celebrated Eid with their moms
Next Ompuri’s life story will be made: Nandital Puri

Kate Middleton Unveils Winner Of Wildlife Photographer Of The Year

LONDON: The Duchess of Cambridge Kate Middleton has unveiled the winner of the Wildlife Photographer ...