Taking to Instagram, Sonu Nigam shared a picture and wrote a heartfelt note for Sajjad Ali. “This picture is from 19th March when Adel Farooq took us to check and assess Atif Ali’s studio for the first digital live concert that we eventually did on 22nd Mar,” he stated. 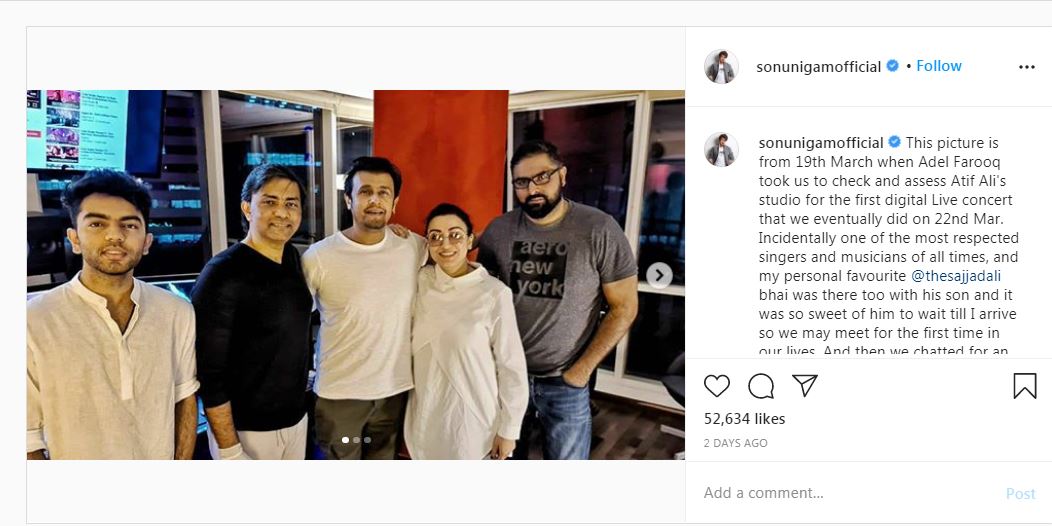 “Incidentally one of the most respected singers and musicians of all times, and my personal favourite Sajjad Bhai was there too with his son and it was so sweet of him to wait till I arrive so we may meet for the first time in our lives,” he wrote further.

“And then we chatted for an hour and a half. Sharing some memorable pictures of that beautiful evening. For people who don’t know, his ‘Katna nai’ is one of my family’s most favourite songs and so was covered by my exceptionally talented sister,” he continued.