David Malan remains at the top, Babar Azam reclaimed No.3 spot in T20I

Pakistan captain Babar Azam has reclaimed his No.3 spot in ICC T20I rankings for batsmen.

The 26-year-old Babar moved to third from fourth after India’s K.L Rahul had a bad outing in the first three T20Is against India. 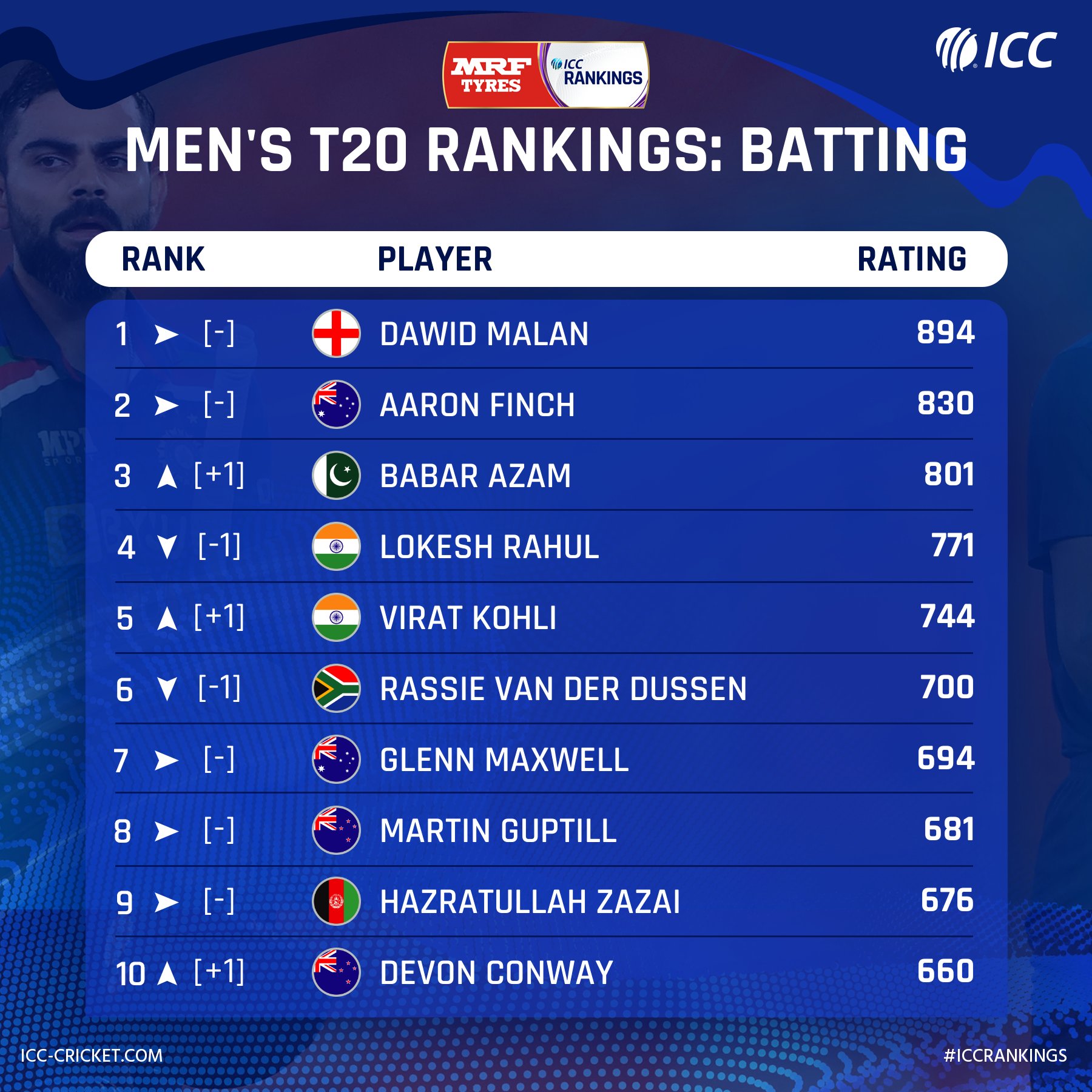 It is pertinent to mentioned here that, Babar slipped to fourth spot last week after Australia’s Aaron Finch rose to the second spot.

Pakistani singer Atif Aslam, who is currently in the northern areas for the shooting of ...