British actor Tom Hiddleston has opened up about his 2016 summer romance with Taylor Swift, insisting their relationship was real but explaining that his much-mocked “I (heart) T.S.” tank top was just a joke. The three-month romance between the Thor actor and US pop 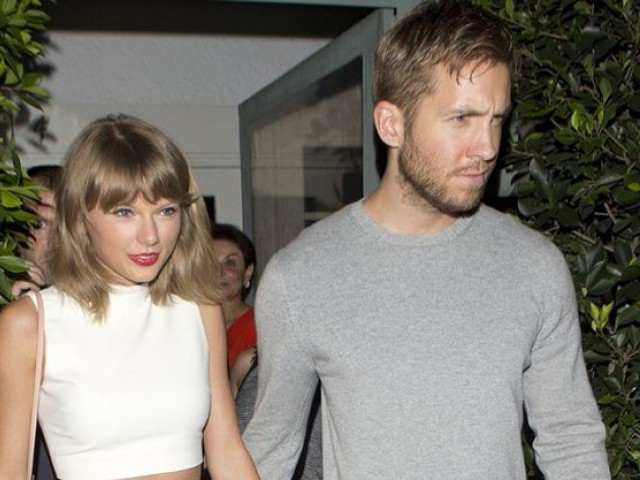 star Swift became a celebrity media obsession last year, catalogued in paparazzi shots on beaches and at restaurants. Many viewed it with suspicion, questioning whether it was a publicity stunt intended to benefit the public images of both Hiddleston, 36, and Swift, 27. It ended in September last year without explanation. “Taylor is an amazing woman,” Hiddleston told in an interview. “She’s generous and kind and lovely, and we had the best time. Of course it was real,” he said. Hiddleston said he was taken aback by the attention given to the skimpy white “I (heart) T.S.” tank top he was photographed wearing while kissing Swift in the ocean at her annual July 4 beach party. The actor said he had hurt his back playing a game and wanted to protect the graze from the sun. “One of her friends said, ‘I’ve got this.’ And we all laughed about it. It was a joke. I was surprised. I was just surprised that it got so much attention. The tank top became an emblem of this thing,” he stated. Neither Swift nor Hiddleston have said why they broke up, but Hiddleston suggested he had struggled with the media attention. “A relationship always takes work. A relationship in the limelight takes work. And it’s not just the limelight. It’s everything else,” he said. Hiddleston’s interview was published ahead of his big budget action movie Kong: Skull Island, which is due to rollout worldwide on March 8, 2017.

Previous Trump wants to impose another travel ban
Next Bar owned by drug dealer shut down by police after fights, arson and stabbing