LONDON: Former light welterweight world champion Amir Khan has expressed confidence of making a comeback this year after recovering from his hand injury.

The 31-year old last fought a professional bout in May 2017 in which he was knocked out by Mexico’s Canelo Alvarez. He underwent a surgery on his hand to overcome an injury which he was, reportedly, carrying for years. 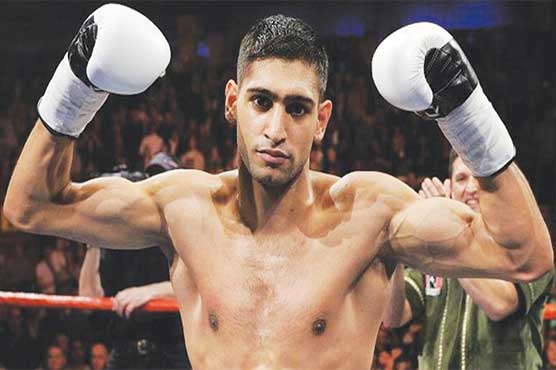 Talking to a private news channel, he said that “I am 100 per cent ready after the operation.”

He said “I am training hard and focused. After a year out of the ring, I want to show the world that I belong to the top.”

The British Pakistani boxer indicated that his likely opponent for a fight in December can be American boxer Lamont Peterson. Peterson had last defeated Khan when both fought the bout for Super Lightweight Championship in 2011.

Amir has a record of 31-4 of total 35 professional bouts he fought, and he’s aiming to make a comeback on a victorious note.

The former light welterweight champion also revealed that he’s also looking forward to promote the sport in Pakistan and will launch a boxing league next year.

Moreover, he disclosed that he’ll be in Lahore to attend the 3rd T20 between Pakistan and Sri Lanka on 29th October.

Indian cricketers gets Covid jabs ahead of England tour

File Photo DHAKA (Web Desk) – Bangladesh Cricket Board (BCB) have to navigate through a ...