KABUL: From shooting an AK-47 to dealing with computer-simulated sieges, 20 Afghan women officers are being put through their paces at a military training academy in India.

They are the first Afghan women to attend the academy in the south Indian city of Chennai, which has been training men from the country’s military for several years.

The women receive weapons training and learn tactics and logistical and navigational skills at the academy, the only military training establishment in India for both men and women.

This week they were taught how to use an AK-47 and given classroom training in ambush situations.

The three-week crash course ends on December 24 and is reported to be a pilot for a full training scheme being planned for next year as part of the Afghan National Army’s efforts to recruit more women. 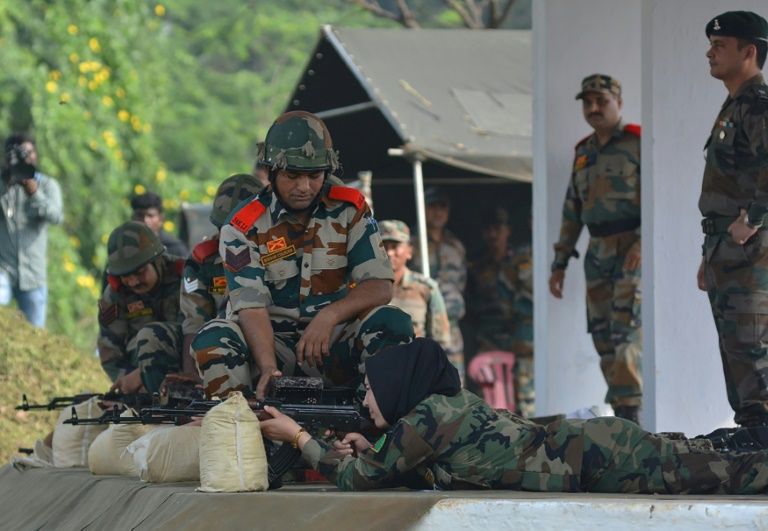 Afghanistan has said it wants women to make up 10 percent of the armed forces, an ambitious goal given the current figure is barely three percent.

As well as the dangers of fighting in their war-plagued homeland, those who sign up say they face criticism for their choice.

Niloofar Rahmani was hailed as a role model for Afghan women after becoming the first female fixed-wing pilot in the Afghan air force.

But last year she sought asylum in the US saying she had received death threats from insurgents and faced contempt from some of her colleagues.

Under the Taliban’s 1996-2001 regime, girls were banned from education and women were not allowed outside unless wearing a burqa and accompanied by a man.

More than 15 years after the fall of the regime gender equality remains a distant dream, in spite of official promises.